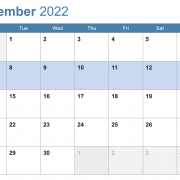 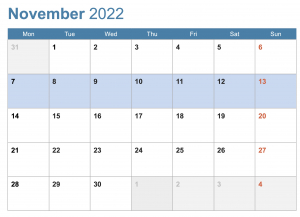 From the point of view of biomedicine, to highlight the blood transfusion with cells generated in the laboratory from donor stem cells, carried out in the United Kingdom, which opens up possibilities for what has been pursued for years: the so-called “artificial blood”. Likewise, two advances that originate in Spain: the discovery of a genetic variant that favors thinness (CNIO) and the fact that malignant cells break off from cancer and cause deaths by metastasis (Institute of Medical Research of Barcelona).

As regards Global Health, Nature insists in an editorial, following the COP27 meeting, that rich countries must advance compensation for polluting. Important challenges for the new Brazilian President in health matters, particularly in primary care.

Regarding International Health Policy, debate on the covid-zero policy in China, on the one hand, there seem to be signs that China is easing quarantines, on the other hand, according to José Luis Puerta in an article, this policy is a death trap , since its abandonment may mean assuming a high number of deaths, given the low percentage of vaccination in China. In the United Kingdom (NHS) a nurses’ strike for salary demands is raised for the first time, which. according to the Government, they are unaffordable.

If we talk about National Health Policy (Spain), it seems that the crisis of Primary Care, long incubated, has exploded. Although the problems of low wages, poor working conditions for doctors and flight or refusal to go to Primary Care is a national problem, the crisis has broken out above all, although not only, in Madrid, which has some peculiarities that aggravate the situation: 1. the closure of out-of-hospital emergencies for two years; 2. the low funding of the health system in Madrid and of Primary Care; and, 3. some confrontation practice. The truth is that the “white tide” has been activated, with a large demonstration in defense of public healthcare in the center of Madrid, which was a great success for the organizers. As always in these cases, the defense of public healthcare is mixed with the rejection of any form of public/private collaboration. Tensions in primary care also in the rest of Spain. Highly recommendable is the video on YouTube entitled “Doctors are lacking in Spain”?

In the field of companies, at the international level Bavarian Nordic increases its growth due to the monkeypox vaccine, while BioNTech’s revenues fall, due to the drop in sales of the covid vaccine. In Spain, changes in the CEO of Quirón, to whom Víctor Madera, the company’s founder, returns to executive positions. Success for Ribera, which is awarded an important contract for a hospital concession in Cascais (Portugal). New delays in the approval by the EMA of the HIPRA vaccine.