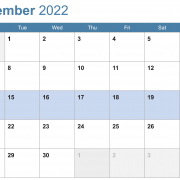 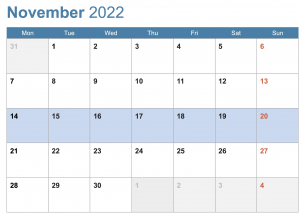 From the point of view of Biomedicine, the promising advances in the clinical trial of monoclonal antibodies against malaria are noteworthy. Although malaria has declined remarkably in the last 20 years, progress stopped in 2014. 6 African countries suffer 55% of global malaria cases. There is no doubt that the world would be much better without this disease.

As regards Global Health, the COP27 summit approves what was a general demand: the creation of a fund to help countries vulnerable to warming, although it does not agree to end fossil fuels. Faced with the opinion of the Director General of the WHO to hail the Qatar soccer championship as good for health, The Lancet is more skeptical, pointing out, among other things, that it had already shown in 2021 that the Olympic Games do not contribute to the generalization of the practice of physical exercise among the population.

Regarding International Health Policy, it seems that China is beginning to soften the covid-zero policy with regulations that are not as draconian as up to now. The American CDC initiates the changes, after the report that was made that demonstrated notable failures during the pandemic. The pharmaceutical industry warns in the United States and the United Kingdom that a change in price conditions in the first country and an increase in taxes in the second, could harm investments and, consequently, innovations in medicines.

If we talk about National Health Policy (Spain), the incidence of covid has risen in the last week, after two weeks of decline. With the announced change of the Minister of Health, Spain will have the sad record of having five Ministers of Health (Montón, Carcedo, Illa, Darias and the new one) in five years. Not surprisingly, the Ministry of Health has become a contingency management ministry, rather than the driver of transformative system change. If any of those ministers, which is quite doubtful, had had any transformation approach, he would not have had time to even raise it. It is not surprising that, in these circumstances, the Ministry of Health has not had the opportunity to rule on the conflict between Primary Care doctors, as if it did not affect it, when local circumstances aside, the working and professional conditions of healthcare personnel at Primary Care are a national problem. It confirms what was already known: that Spain is among the countries with the most doctors per 1,000 inhabitants in the world. Important and necessary organizational revolution at the Vall d’Hebrón hospital in Barcelona, ​​creating 32 areas of knowledge. The approach will be presented at the next meeting of the European University Hospitals Alliance (EUHA).

In the field of Companies, at the international level, obesity is seen as the expected Eldorado of Big Pharma. In Spain, Sanitas acquires a hospital in Mexico; Ribera buys a hospital group in Murcia; and, Imed considers the construction of three new hospitals: Valencia, Alicante and Barcelona.