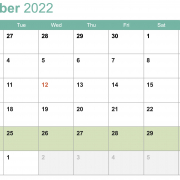 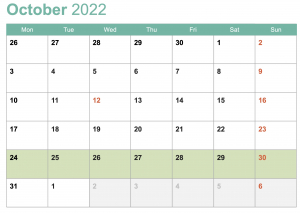 From the point of view of Biomedicine, it is worth highlighting the studies that show that certain types of breast cancer, which respond to chemotherapy, will not require surgery. The link between Alzheimer’s and certain viruses is surprising. As for proton therapy, it seems that an increase in its indications (prostate, lung, etc.) is in sight.

As far as Global Health is concerned, the WHO study on a prioritized list of fungal threats should be noted. Cases of resistant tuberculosis, on the rise, which is a big problem with high mortality. Shortage of cholera vaccines. “Nature” magazine considers the possible second term of Bolsonaro in Brazil as a threat to science, democracy, the environment and the world. Said alarm had already been launched by this magazine as a result of his first term.

As for International Health Policy, monkeypox is in clear recession and covid is apparently less serious, possibly due to increased immunity. The truth is that mortality and cases requiring hospitalization are falling. Plan in the United Kingdom so that pharmacies can collaborate in the treatment of minor disorders (hypertension, high cholesterol, etc.)

If we talk about National Health Policy (Spain), a surprising proposal from ASPE to the Ministry of Health for the homologation of foreign doctors through a kind of two-year express MIR. The problem is surely more complex and it should be considered that we are one of the countries with the most doctors per 1,000 inhabitants and the most Faculties of Medicine. To analyze the shortage by areas and specialties, as well as the expansion of nursing work. It is doubtful that exporting quality doctors after an excellent MIR and importing foreign doctors with an express MIR is the solution. Perhaps the salary and working conditions of Spanish doctors should also be considered. Also striking is the new approach of the PSOE in terms of the Trans law, which tries to involve judges in changing sex between 12 and 15 years, compared to the bill approved by the Council of Ministers, which did not contemplate this possibility. AESEG, very willing to increase the use of generics, through regulatory and price changes.

In the field of Companies, at the international level, the extensive job cuts at Philips are striking, after its withdrawal of devices for sleep apnea. As for Spain, Sanitas publishes a study on mental health, which shows that the private health sector is agile in its response to a serious problem, which has become more evident after covid. Orange’s agreement with Mapfre confirms the great interest of telecommunications platforms in the world of health and their need to ally with traditional operators.