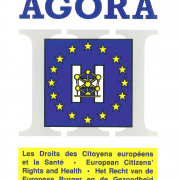 As president of the Permanent Committee of the Hospitals of the European Union (HOPE) I wish to thank you for my part for having come in great number to this hitherto biennial European health colloquy, of which the idea was launched by our Committee in 1989 when it adopted its HOPE programme (Hospitals for Europe). In the meantime HOPE has become the Committee’s acronym.